Sea Kayaking and the fun of waterproof cases

Sea Kayaking and the fun of waterproof cases

The first set of problems (and to an extent the second set as well) is frequently overcome with some form of waterproofing of your equipment. For this I chose two products from Aqua Pac.

So, the SLR case is a stretch fit for a 7D with a 77mm lens, making it barely useable. In fact I would go as far as saying it is incompatible.  Secondly, with a couple of kgs of weight in the bag, handling the camera on the open ocean is very challenging. After an initial trial I abandoned this in favour of the smaller, more easily accessible option of the S95.

Which would be at least a viable option in terms of off the hip shooting. I discussed this camera elsewhere and am perfectly happy trying to shoot high grade work with it. BUT shooting from the water is almost a pointless task.

However, shooting fully underwater, works better, down there there are no water droplets and the cool even temperature  dispels condensation quickly. However, metering and exposure are very challenging as it is impossible to ‘read your instrument’. And so begins extensive trial and error. The results of which, were not completed before the cold and shivers called an end to that experiment.
Ultimately then, the best results require either a mobile, floating media rig that has enough dry space to operate from or, as gallery below makes obvious, to actually shoot from the shore…. 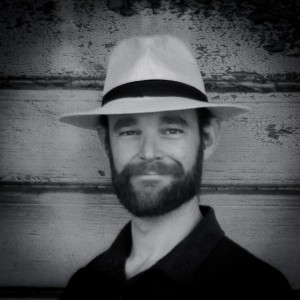 Anatomy of a shot – Lantern Climbing, Sydney Australia
1/20th @ f3.5 ISO 2500 Canon 10-22mm @10mm Canon 7D     Having received an invite to a regular Wednesday night bouldering session out in the suburbs of Sydney I was intrigued to find...
31 LikesLeave a comment

Norway – Adventures in light – Ice Climbing
WI5 Krokan, Rjukan. 1/250th F7.1 ISO 400 28mm Tickled up with a little flash. As, is clear from the last post, I was in Norway shooting some Ice-climbing back in February. As...
23 LikesLeave a comment